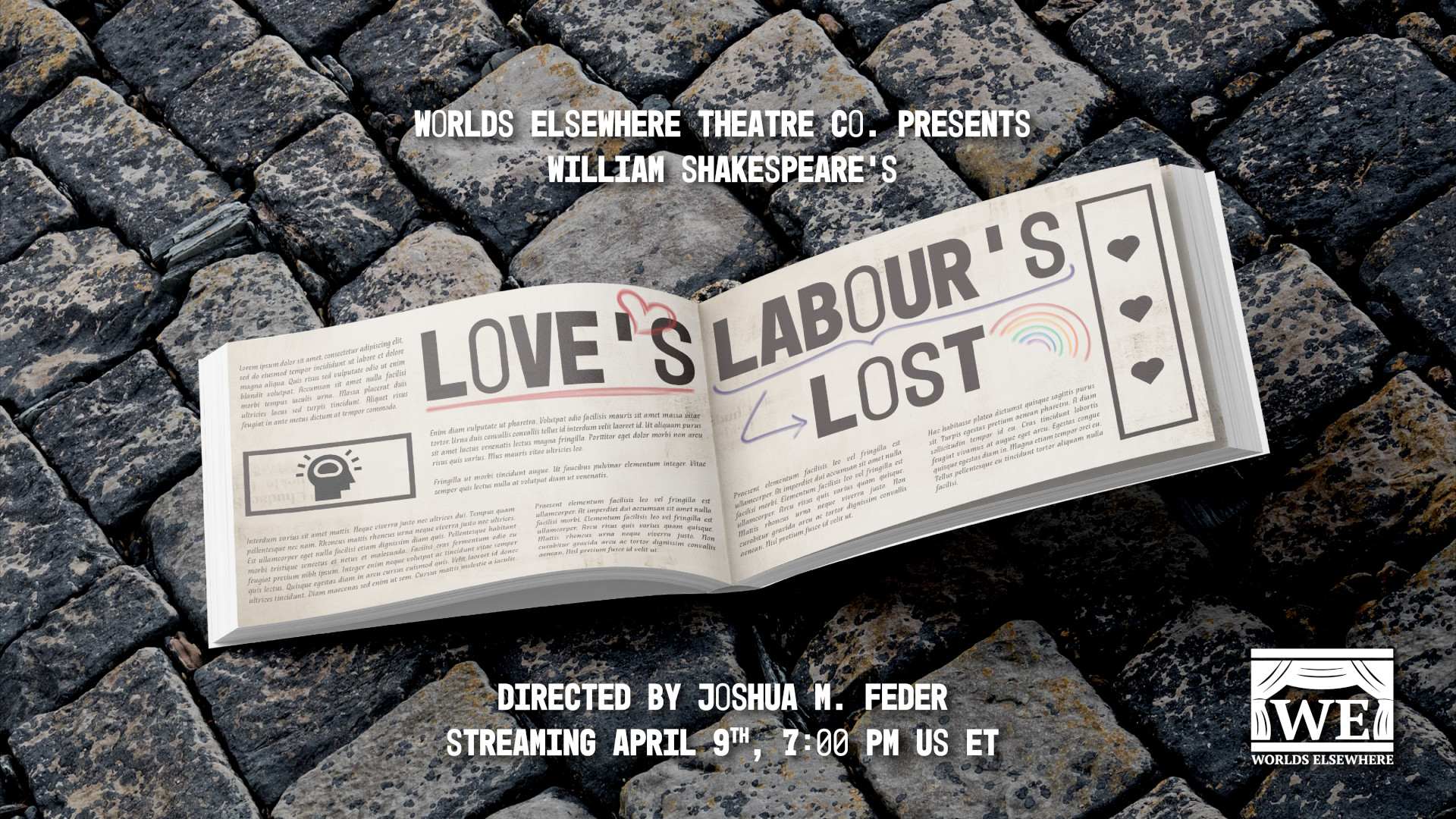 “Navarre shall be the wonder of the world;
Our court shall be a little Academe.”

So begins William Shakespeare’s Love’s Labour’s Lost, a play where words, learning, and intellect are valued above all else. The King and Lords of Navarre have sworn to study, swearing off love and contact with the outside world; this oath is soon complicated by the arriving Princess of France and her entourage.

A battle of wits, words, and politics fills this love story that takes us on unexpected twists and turns in this play that is not quite the comedy it seems to be. Director Joshua M. Feder leads this contemporary virtual production that explores the joys and challenges of these romances, friendships, and scholarly values. 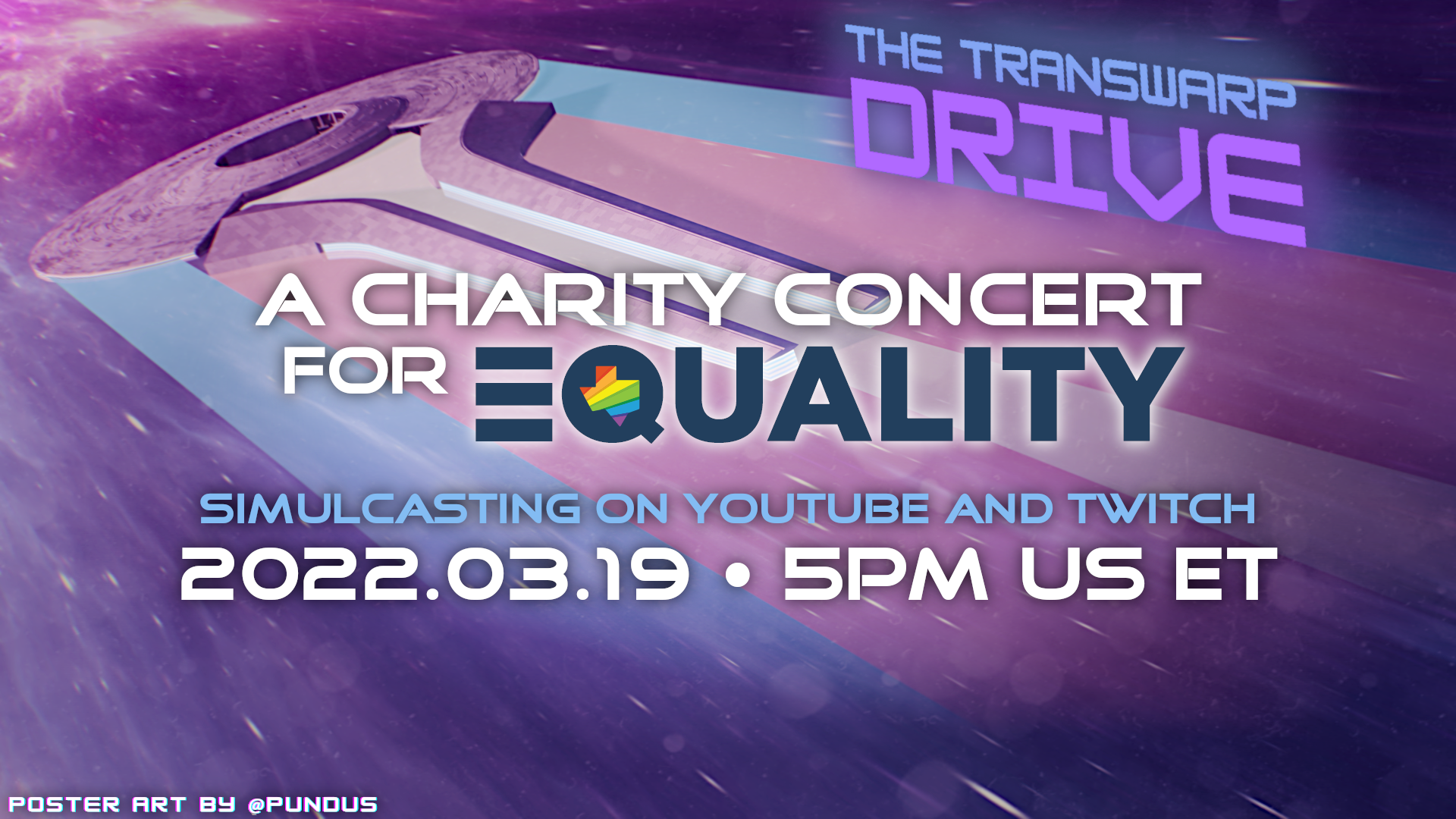 Thanks to your generous donations, the Transwarp Drive charity concert raised $2246!!!!!

All proceeds of this concert went to Equality Texas, to support their work protecting the rights and safety of trans children and all LGBTQ+ Texans. We’re done collecting donations for this concert, but if you still want to help out, go to their donation page! 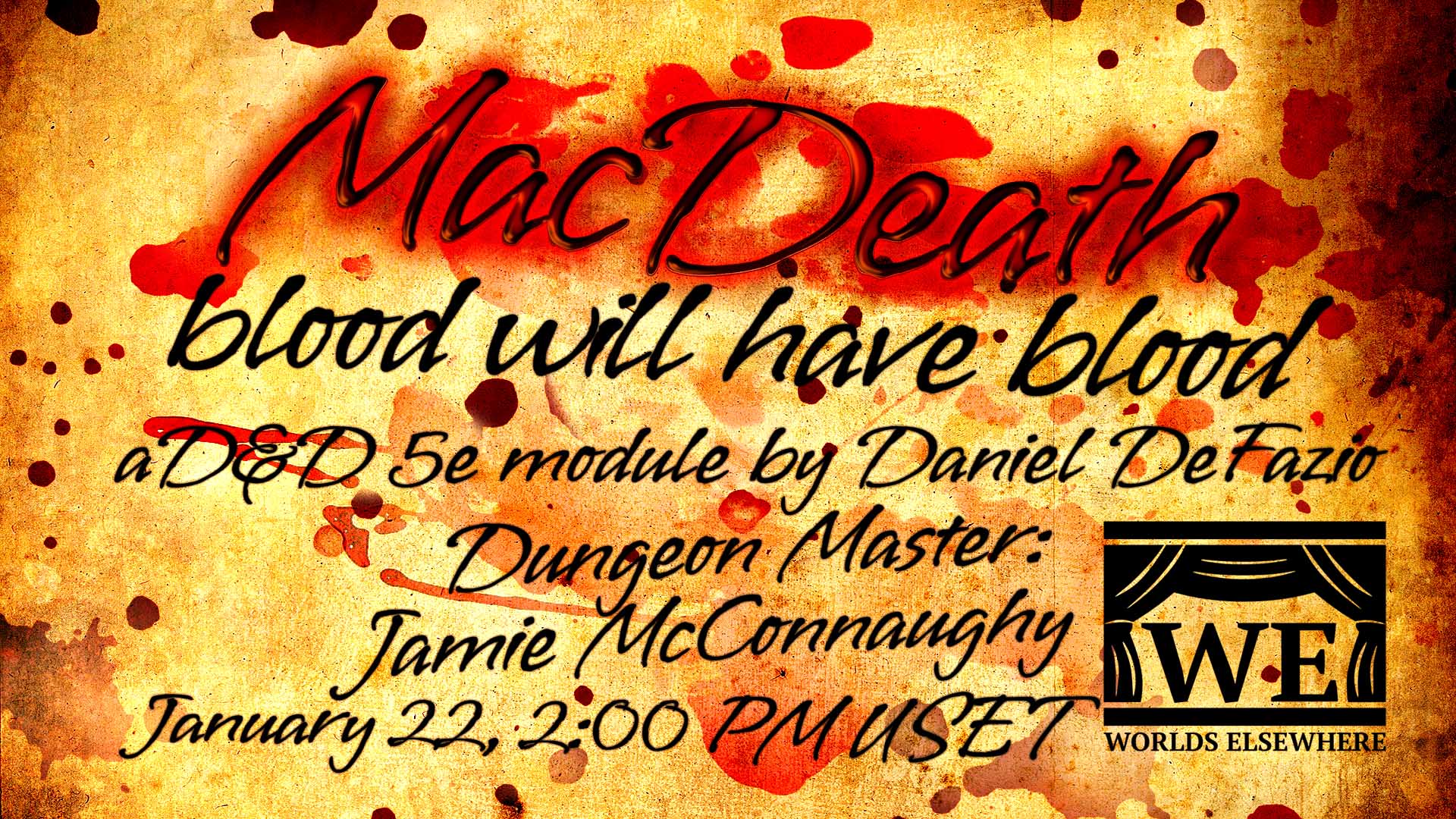 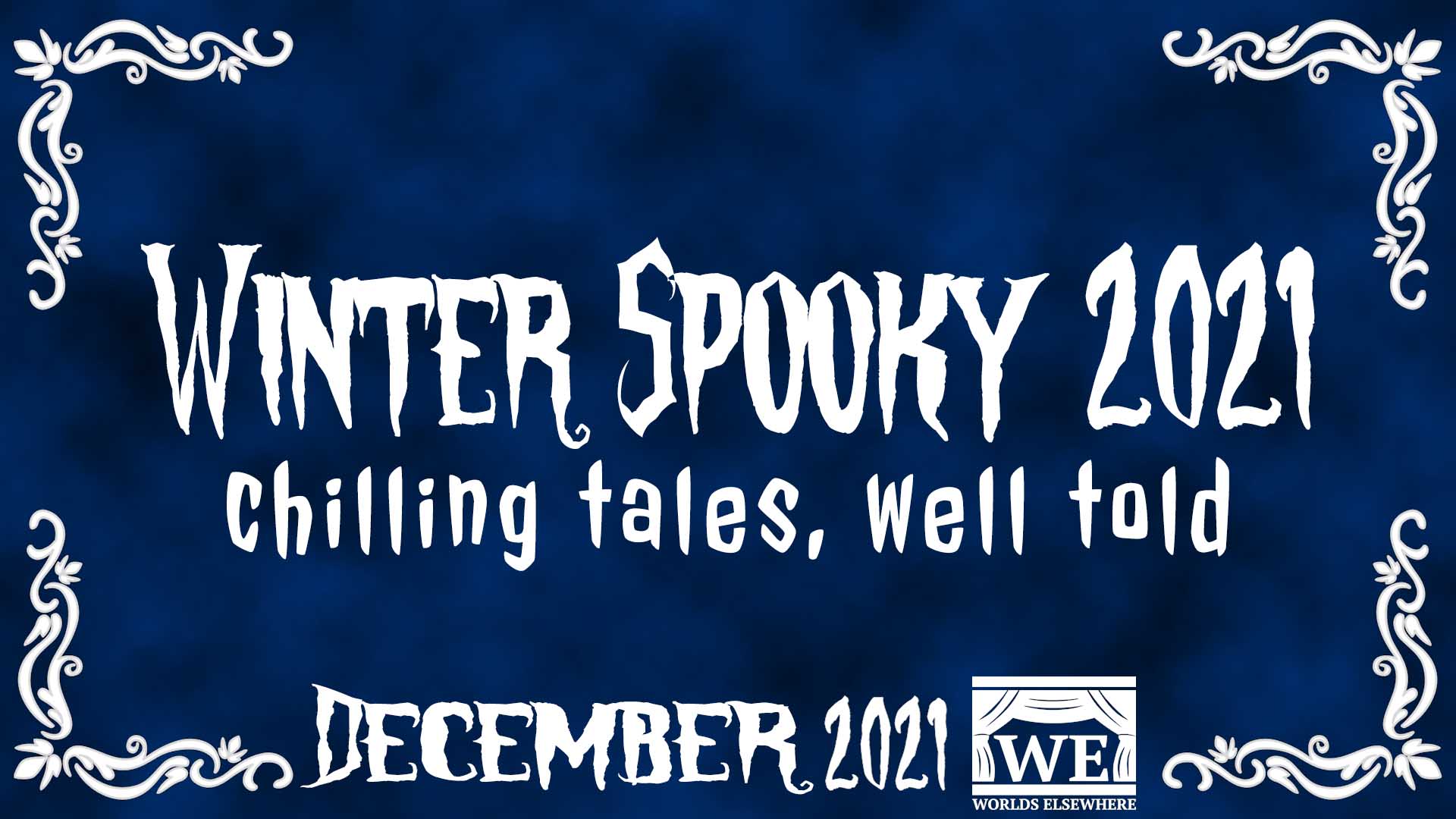 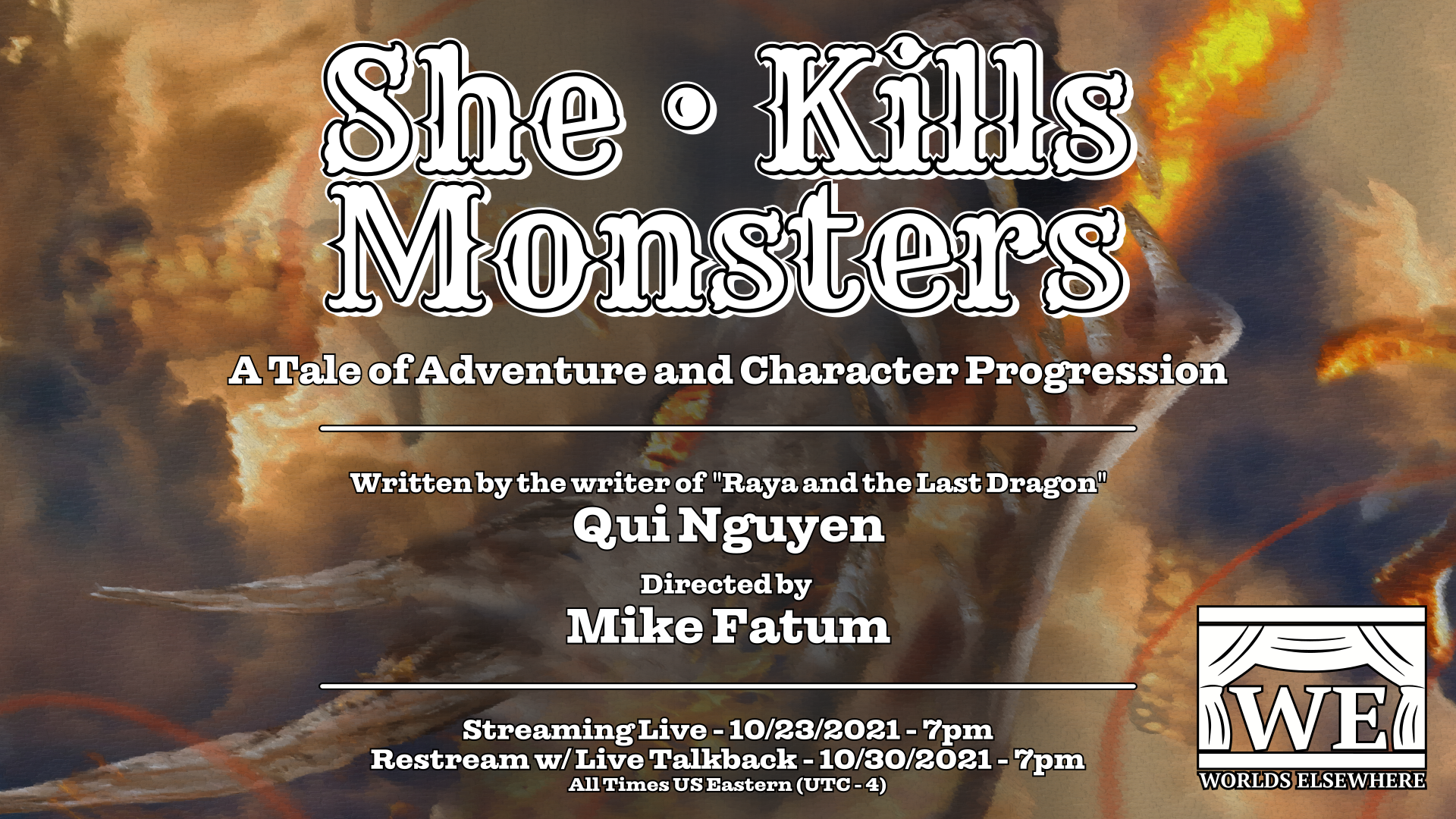 She Kills Monsters (Raya and the Last Dragon), written by Qui Nguyen, is the story of Agnes, a young woman dealing with the death of her sister, Tilly, by playing a Dungeons & Dragons adventure that Tilly wrote before her passing. It is a journey of self-discovery set in 1995 Ohio, and features a diverse cast of characters in both the real world, and their fantasy alter-egos, as envisioned by a nerdy 15-year-old girl.

Buy Tickets on OnTheStage Now!
RSVP on our Facebook Event!

“She Kills Monsters” is presented by arrangement with Concord Theatricals on behalf of Samuel French, Inc. www.concordtheatricals.com

The Space Between A WETC Workshop Production 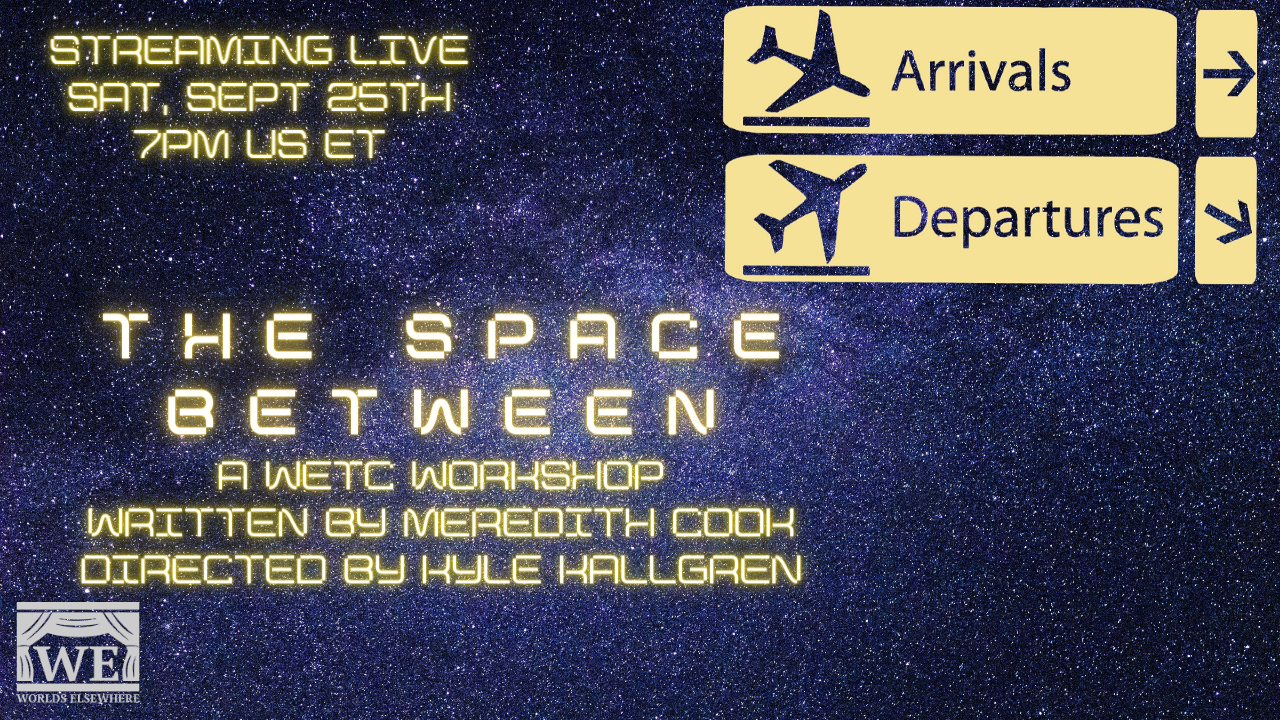 Worlds Elsewhere Theatre Company has always made an effort to explore all the opportunities granted to us by the virtual theatre medium, and in that spirit, we invite you to the live, public performance of the first WETC Workshop production: a new short play, The Space Between, written by Company Member Meredith Cook and directed by co-founder Kyle Kallgren.\n\n

A century into the future, Kore, a college student, is on an intergalactic journey to find her brother. At space station after space station, she meets the same mysterious stranger, whose business plans lead them on a journey that seems to be intertwined with Kore’s. Through a series of vignettes, they uncover more about each other’s secrets, and what stays constant as the galaxy changes around them.

Check out our Behind the Scenes video! 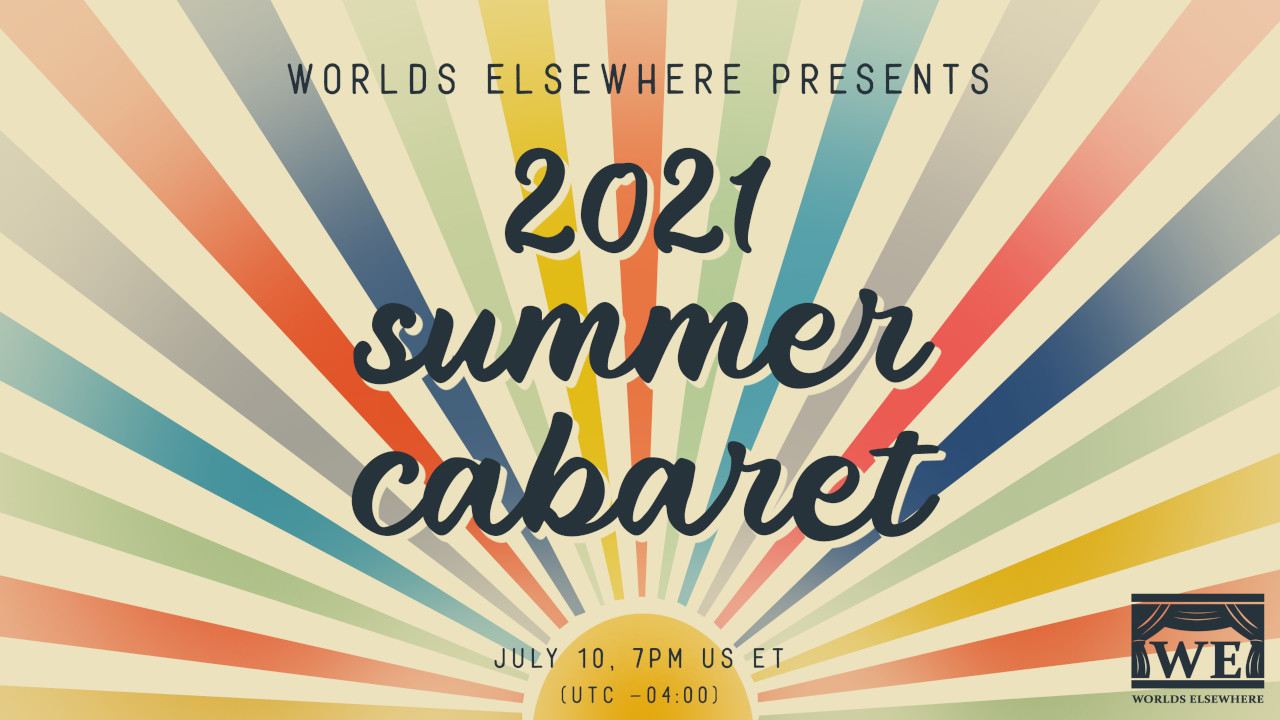 Join Repertory members and newcomers as they sing, dance, monologue, and more, in a celebration of summer, renewal, and the work we still must do.

It is a time of turbulence in Rome as Caesar is celebrating his victory over rival Pompey. Many are thrilled but some remain more skeptical of Caesar’s consolidation of power. How are the interests of Rome best served?

Director Meryl Federman leads Worlds Elsewhere theatre company in William Shakespeare’s Julius Caesar. Genderblind casting and “timeless” styling prompt us to take a fresh look at the responsibilities of those who hold power in a society. 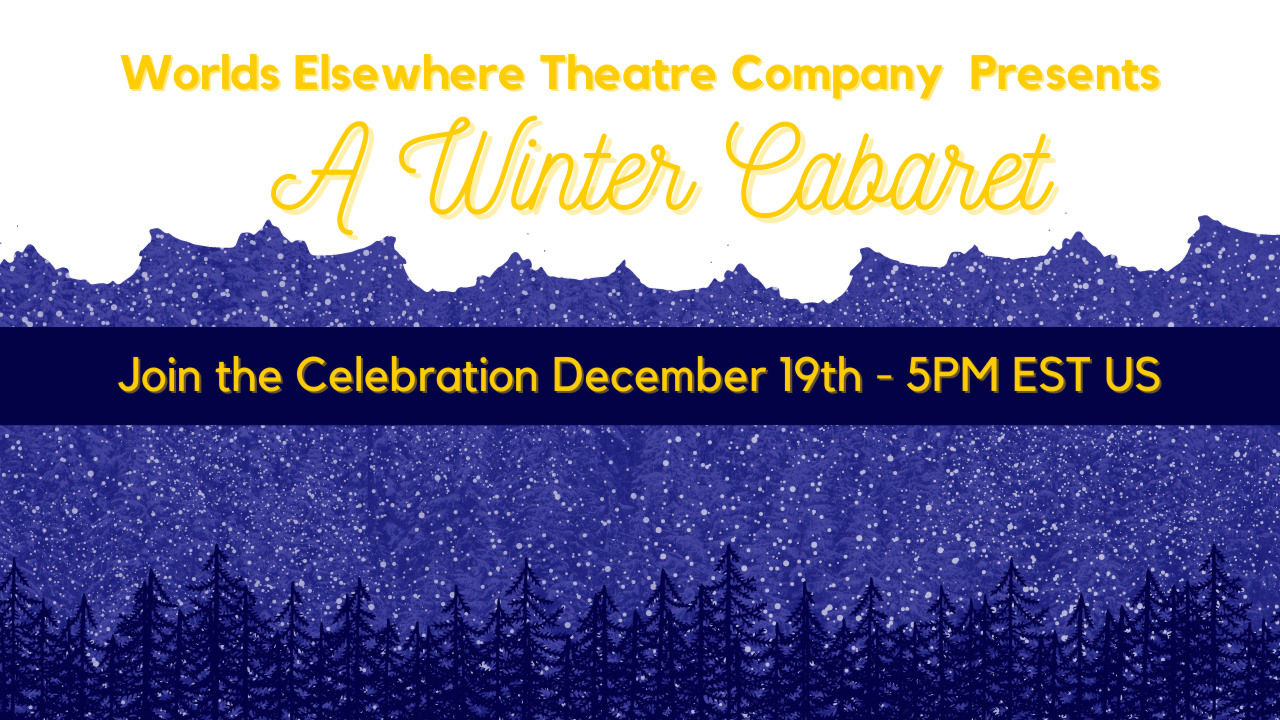 Streaming on December 19th at 5PM EST on YouTube, join the talented ensemble of Worlds Elsewhere as they sing, dance, monologue and more as a celebration for making it through a very long and difficult year.

Many of our performers have been involved in our productions of A Midsummer Night’s Charity Stream and Lysistrata, so don’t miss out on it!

The Greek city-states are at war, but Lysistrata, a woman of Athens, thinks the war is wasteful and stupid, and wants it to end. But her wants are no mere idle musing! She has a plan to make the men in power listen, but she can’t do it alone.

In a socially distant, modern-dress presentation of Aristophanes’ classic comedy, translated to the vernacular by George Theodoridis and edited by Ilana Greenberg-Sud, we’ll learn just how much has and has not changed since the days of Ancient Greece. 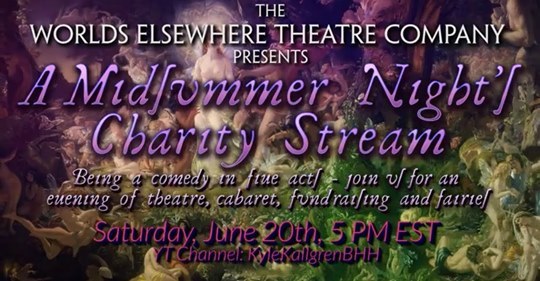 On Jun 20th, 2020, In support of Black Lives Matter, #8toAbolish, and community bail funds across the country, the Worlds Elsewhere Theatre Company hosted a charity drive as its first production — a full live-streamed performance of William Shakespeare’s comic masterpiece A Midsummer Night’s Dream.

Donors who made donations before the curtain fell on A Midsummer Night’s Charity Stream’s Act IV were thanked on stream, and the top three donors got a special surprise during Act V.