Thanks to your generous donations our charity stream of MacDeath raised $787. 80% of the total raised goes to Amnesty International, with the remaining 20% going to future WETC projects.

Congratulations to our players and DM for a wonderful stream!

Theatre, given its nature as a medium made of people in space, has always been a first victim during times of plague.

When the COVID-19 pandemic spread through the world at the start of the year 2020, theatres closed, and millions were left unemployed.

Worlds Elsewhere Theatre Company was founded during this terrifying time. It is our mission to create theatre without a theatre - to create a space online that can serve as a theatrical one. Our company shall create an online space that serves the same function that theatre has served for millennia – as a place of catharsis and healing.

MacDeath was streamed on January 22nd to support Amnesty International, one of the biggest and most impactful human rights organizations on the planet. While we are no longer collecting donations, you can donate them directly on their website. WETC fully supports their mission of global human rights, and are honored to support that goal. A full list of stream donors is included at the end of this program. Our amazing donors raised $787 during the stream and the remainder of that weekend, 80% of which will be going to Amnesty (the remaining 20% will go towards WETC’s upcoming projects).

Donate to support our work! Head to our PayPal, or scan our Venmo QR Code, if Venmo is your preference.

We understand if you, like many people, are not in a position to offer your financial support at the moment; this is a difficult time. If that is the case and you would still like to support our mission, any of the following steps would be very welcome assistance:

When I first conceived of doing a charity stream of MacDeath with World’s Elsewhere, I figured I’d get some of my friends who are members involved, maybe get a retweet from the official twitter account and just sort of handle the rest myself. By the time we actually got to the final live stream, I was floored by how much everyone had stepped up to help me. Our cause, Amnesty International, is an important one, both to me and to the world at large, and I’m so proud of the work everyone did to make sure it was the best damn version of Macbeth, as interpreted by D&D, it could be. I hope you enjoy watching it half as much as we enjoyed playing it. 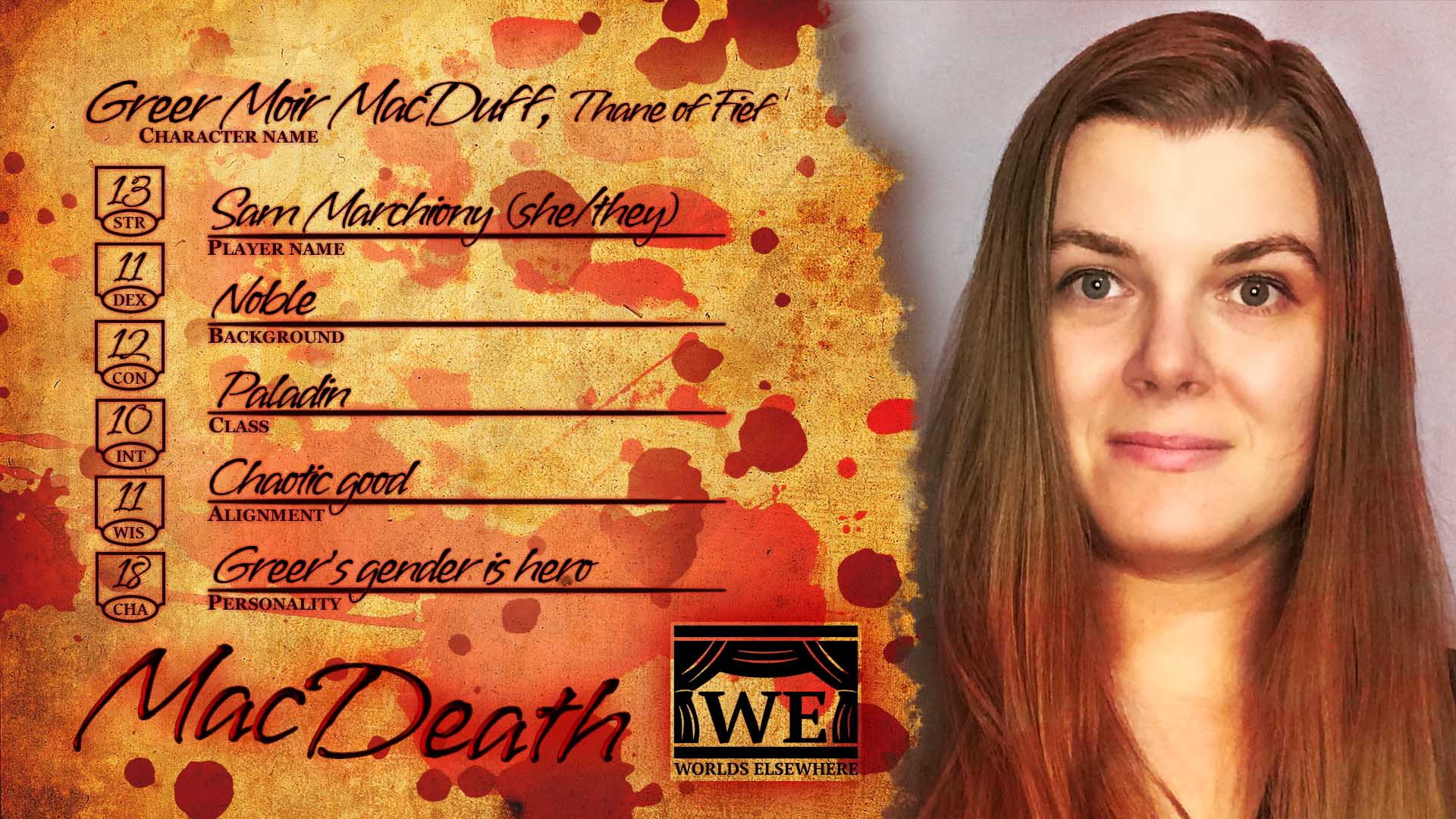 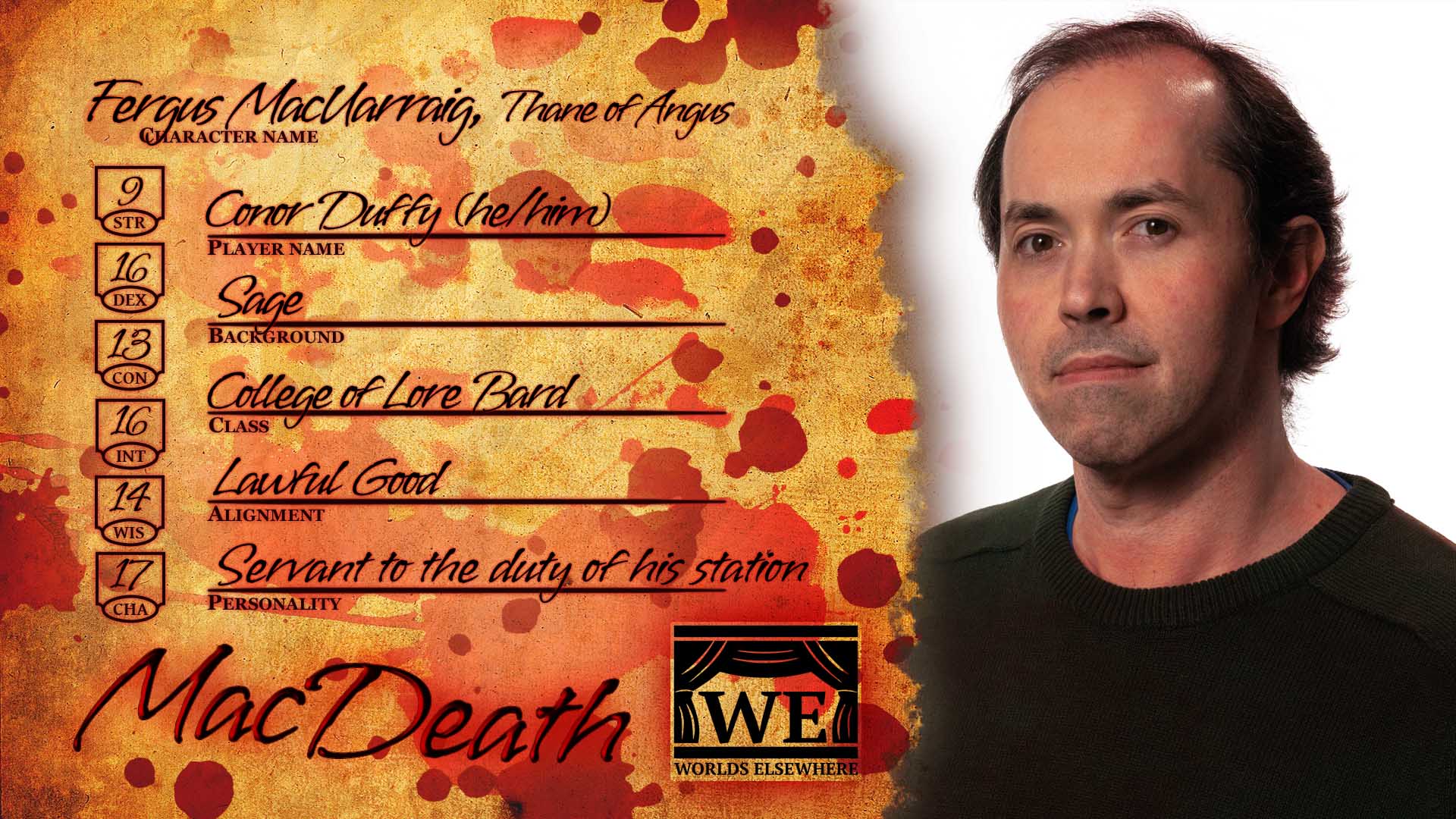 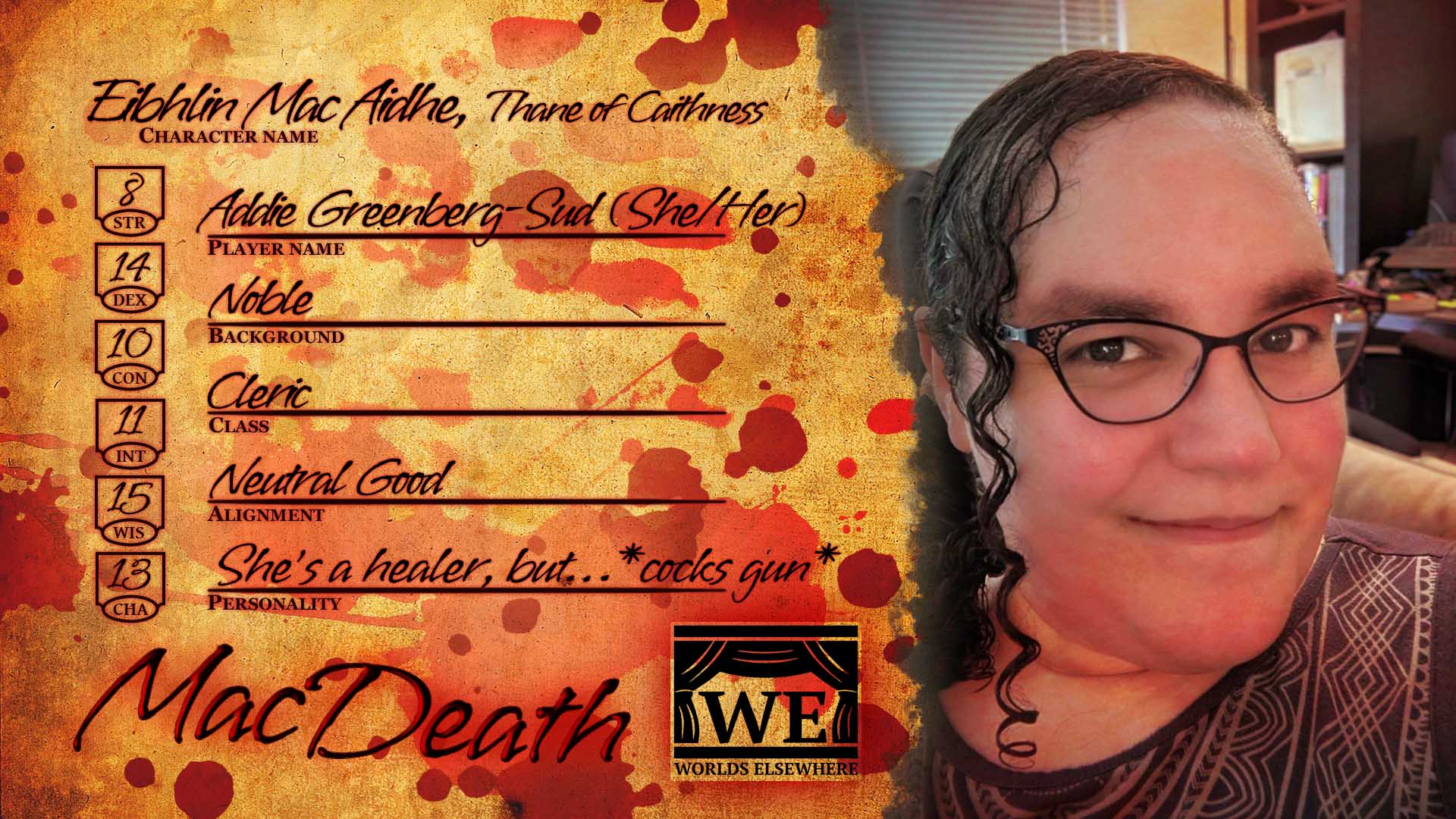 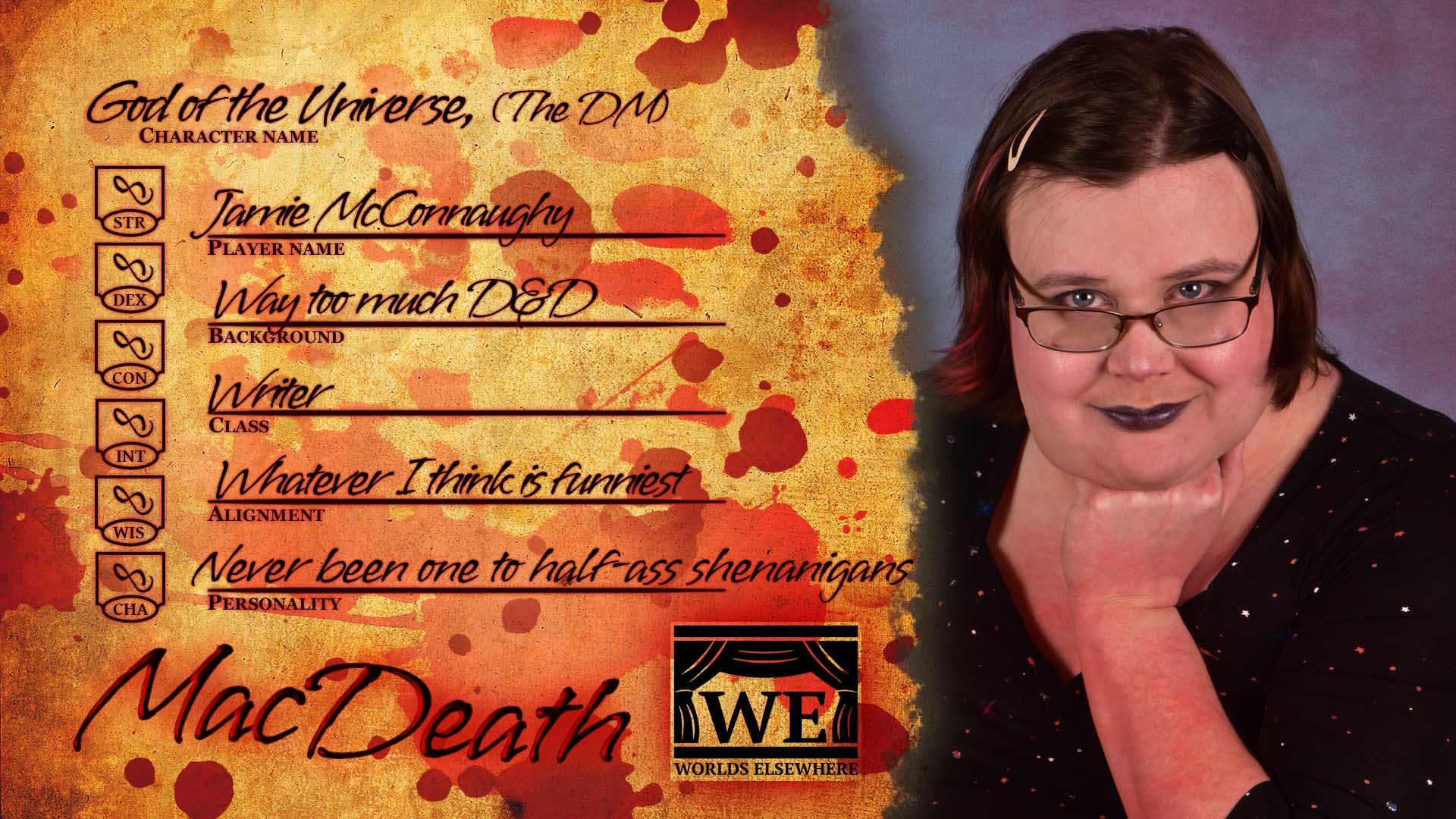 Worlds Elsewhere Theatre Company is based in New York City and Seattle, on lands home to the Munsee Lenape, Duwamish, and Coast Salish peoples.

We acknowledge that this land came into government possession through acts of genocide, as part of our commitment to work towards addressing the impacts of those acts in our pursuit of social justice, and to foster a world where such injustices are truly consigned to the past.

For more information, consult #HonorNativeLand — US Department of Arts and Culture